Noah’s positivity is inspiring. He zips around in his wheelchair and despite his multiple disorders, he’s always smiling. Noah has also been a green thumb since his wish for his own vegie garden came true.

Nine-year-old Noah is fed formula 24 hours a day through a tube directly into his stomach.

He was born with multiple disorders, some so rare they had no name, but doctors narrowed his diagnosis down to mitochondrial disease, a chronic condition with no treatment and no cure. Wanting to make the most of every second, Noah’s parents Kat and Mark started ‘Don’t say no Fridays.’

“We have to say yes to whatever Noah asks,” Kat said.

“Sometimes, I find myself sitting on the floor, playing spaceships. Other days, I’m at Bunnings while Noah examines each nut and bolt.”

Despite not being able to eat, Noah wanted Make-A-Wish to deliver his wish for a vegie patch in the backyard. You can make a life-changing difference

Noah’s backyard was transformed with the help of Little Hipster Kubby.

Kat said the backyard makeover instantly meant he had a fully accessible space to hang out with his friends, something that wasn’t always possible at parks.

“He can have his mates over here and because it’s fully accessible he feels included,” Kat said.

The vegie patch was the jewel in the crown. And while initially he couldn’t eat what he grew, that has eventually changed.

“The first food he grew was kale and that was the first thing he ever ate,” Kat said. Despite everything Noah has been through, he is always smiling…and trying to make others smile.

Noah’s vegie garden is something he talks about with friends all the time and is a place for him to go and feel happy.

“It’s a beautiful space. Even when he’s not well he can hang out there and read books,” Kat said.

“We chose a wish that will last forever. He always says ‘I’ll water this or do that’.

“He has an ever-changing condition. He still goes to hospital every week but the vegie garden gives him the opportunity to think of something outside of himself that he can nurture and grow.” 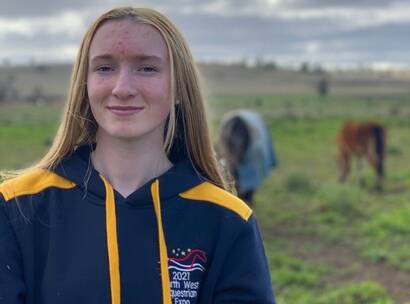 Lottie asked Make-A-Wish to find her a new horse for showjumping, as she dreams of going to the Olym... 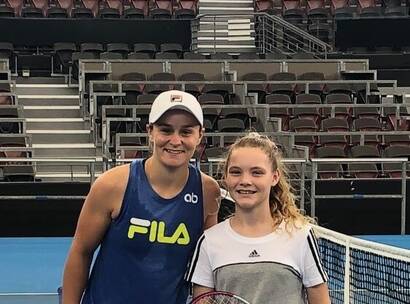 Paige got to share the court with her idol, tennis champion Ash Barty! 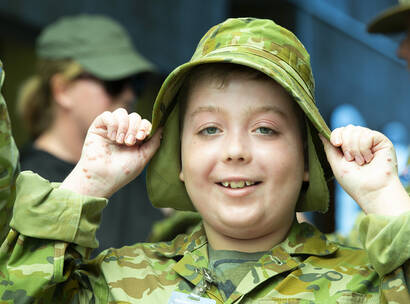 Adam is the army's newest recruit

Video game fanatic Adam wanted to see what it would be like to be in the army in real life and Make-...