Henry’s brush with an elephant

After experiencing the lows of leukaemia, Henry wanted to fly high in a helicopter and see an elephant from above. Thanks to generous supporters like you, Henry’s wish came true. This is his story.

Within just a 48-hour period in 2017, Angela experienced both utter devastation and exhilaration. On a Thursday, her gorgeous 7-year-old son Henry was diagnosed with acute lymphoblastic leukaemia. Two days later on Saturday, she gave birth to her third child, Bradley.

“It was a whirlwind, a real roller-coaster,” Angela reflects.

“But having a baby around gave our family something positive to focus on, otherwise we would have dwelled on the negative.”

Henry started six months of intensive chemotherapy treatment almost immediately, missing out on much of his youngest brother’s early life. 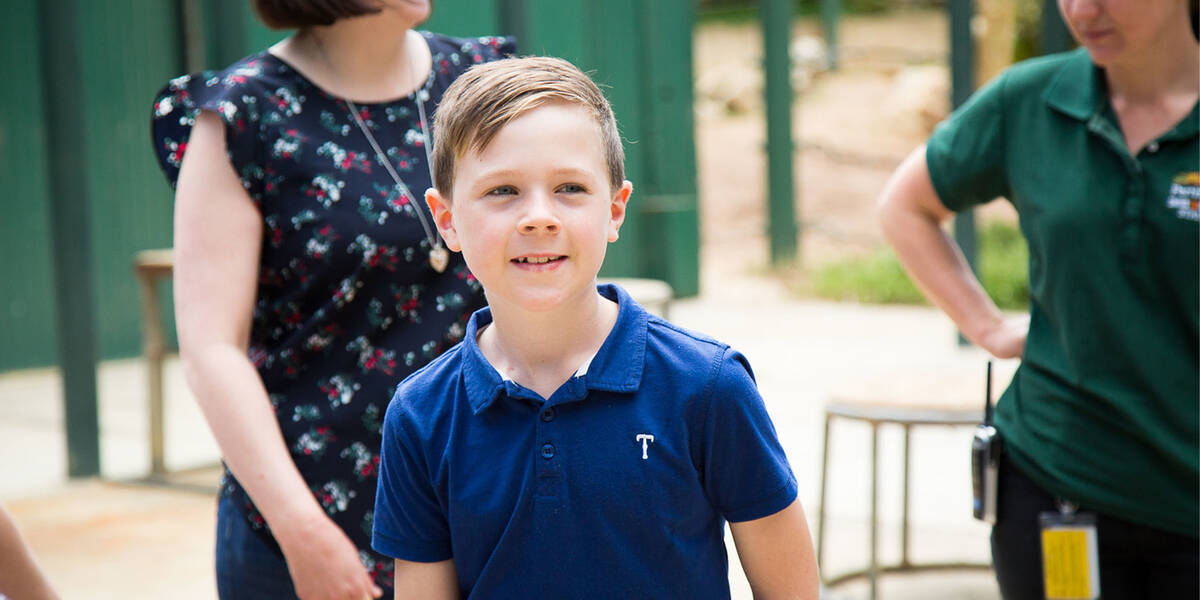 Angela said Henry was incredibly brave in the face of chemotherapy.

“He is a very resilient kid and coped surprisingly well with the big things – it was the smaller things like taking off a Band Aid that he didn’t want to have to cope with,” she said.

Not only did he cope with the big things in his life, Henry had a way of thinking big things too. From the moment he learned he was eligible for a wish, Henry decided his wish would involve both elephants and helicopters. When we talked about his wish, he kept coming back to the helicopter... with an elephant out the window! We had no idea how it would be possible to combine the two, but Make-A-Wish made it happen!

Henry, now 9, flew from South Australia to visit Perth with his parents and two siblings.

His first stop was Perth Zoo, where elephant keepers introduced Henry to the male elephant Putra Mas, whose special talents include playing cricket and kicking a ball.

But it wasn’t until he met the female elephant Tricia, who is a talented artist, that Henry got to feel the touch of an elephant’s skin.

“Henry got to feed her, pat her and even help Tricia with a painting,” Angela said.

“Henry was right up there, holding her trunk to almost shake hands. He loved it.”

A couple of days later, Henry also got his helicopter ride, sitting in the front seat to and from Rottnest Island.

“On the way back from Rottnest, we did a couple of circles over the zoo. We got a photo of the moment Henry saw an elephant from the sky,” Angela said. Now back on the ground, Angela said whenever friends ask Henry what the highlight of his wish was, he simply replies “there were too many”.

However Henry returned home with more than just memories of his experience.

As they were leaving Perth Zoo, Henry’s family were presented with the painting he and Tricia completed, which will be framed and eventually take pride of place in the family’s living room.

Angela recalls, “When Tricia was painting, she reached over and got some paint on Henry’s shorts, and Henry said ‘we have to keep these shorts, I don’t want to wash them’. Not only that but the elephant laughed! It was just amazing to have that kind of interaction.”

“I think elephants are going to be his favourite animal for a very long time,” Angela said.

I think the experience he had was amazing. All the little things and the big things, everything! 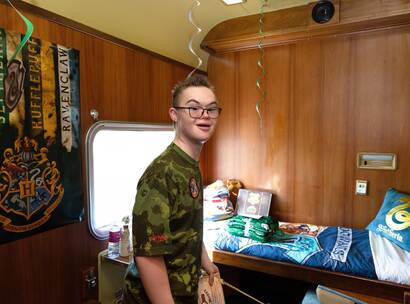