Ben's wish to meet The Wiggles

Ben dreamed of leaving behind the endless hospital appointments for a chance to meet his favourite performers of all time, The Wiggles. Thanks to generous donors and supporters like you, Ben’s wish came true. This is his story.

Ben could lay claim to being New Zealand’s biggest fan of The Wiggles. But living with spina bifida, Ben’s spent more time in hospital than most kids his age.

The 10 year old dreamed of leaving behind the hospital appointments to meet The Wiggles and show them how much of a fan he really is! Ben immerses himself in everything Wiggles. He has just about every available piece of merchandise, has seen them in concert no less than 12 times and knows the words and dance routines to every single song.

Ben even has his own YouTube Channel where he sings and dances to all the Wiggles hits to his 250 subscribers.

When he was told his wish to meet The Wiggles was coming true, Ben couldn’t wait to make the flight from New Zealand to Sydney for his wish. There are so many ways you can help seriously ill kids like Ben experience a life-changing wish.

Ways to donate Other ways to help

Ben was well-prepared for his wish day, having spent the previous day in Sydney at the Wiggles Exhibition picking up the odd piece of merchandise he didn’t already have.

On the day, a limo picked him up from his hotel room (and dropped him back later). Ben got to spend 40 minutes talking to The Wiggles, but that wasn’t it – he also got to go on stage and perform with them! Ben sang Do the Propeller and Have A Good Day (Kia Pai To Ra) with The Wiggles. His singing and moves won special praise from blue Wiggle Anthony.

There’s one video that’s become Ben’s most favourite – that’s the one of him dancing on stage with The Wiggles. In Ben’s words, “nothing will ever replace this moment”.

Ben’s mum Claire said the whole experience from leaving home to their return was memorable. Ben enjoyed the limo ride and the accommodation, having a big bed to himself and using an awesome shower. Even on their return to New Zealand, Claire said they were surprised to find a bag of goodies for Ben.

Anthony Wiggle was so impressed with Ben’s talent that he featured the video of Ben singing backstage on his Instagram page and even invited Ben on stage to sing with The Wiggles during the concert!

Donate and make a life-changing difference

Di and her sisters are using some old-fashioned recipes for Bake A Wish. 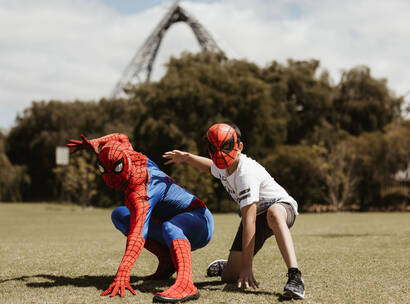 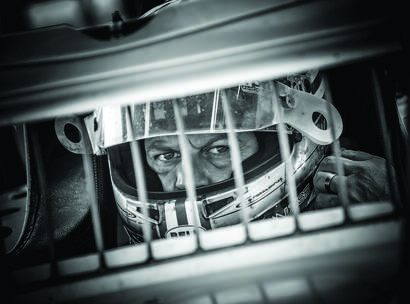 Robbie created a unique opportunity for someone wanting to advertise in motorsport with 100% of the ...