James has had a tough start to life, being diagnosed with a life-threatening illness before birth. Today, we hear directly from his mum Brooke on James' early days and what his wish means.

The day that's forever stuck in my mind

"The day we were told my baby had a life-threatening heart condition... was my 20 week scan. Staff at our local hospital couldn’t quite see the left side of his heart on their screen. They kept calling me back for more scans, but weren’t sure.

"By the time I was 28 weeks pregnant, I found myself surrounded by 8 concerned doctors, all peering at the screen.

"But it wasn’t until 30 weeks that a Melbourne Cardiologist diagnosed Hypoplastic Left Heart Syndrome – a condition where the left side of the heart isn’t formed properly. Things were so serious that one doctor advised a late term termination, but that wasn’t an option for us, and we sought out a second opinion – we’re so glad we did."

"After a prolonged hospital stay for me, James was born in Melbourne and transported straight to ICU. I discharged myself the next day, despite having just had an emergency caesarean... I needed to be there for my son.

"In Victoria, the three-part open-heart surgery James needed is only performed at the Royal Children’s Hospital. The first part of the repair, known as the Norwood Procedure, was done just 24 hours after birth.

"The heart of a newborn is about the size of a walnut so it’s a frightening miracle fraught with complications." Give a tax deductible donation

"Following that first operation, James suffered from paralysed vocal chords due to a damaged nerve, and then a paralysed diaphragm, which led to pneumonia… we nearly lost him.

"They had to operate again to stitch his diaphragm down so that his lungs could fully inflate. It was a long and traumatic recovery.

"The second open-heart surgery was performed three months later. Through all of this, we spent blurred weeks in a little hospital room for nursing mothers, before being transferred to Ronald McDonald House where we lived for the first 9 months of James’ life.

"My mum had to help so much – travelling between the hospital and home with my daughter, Abbey." "We used to live on a hobby farm in Toongabbie, Gippsland. It was beautiful but remote. Since birth, James suffered badly from croup. He has trouble getting the air in and out, which leads to upper respiratory tract infection. Attacks are common in the middle of the night, so we downsized into Morwell to be closer to hospital.

"We had some really scary times at the farm when the ambulance got lost trying to find us." "James’ most recent open-heart surgery was the most traumatic because, at 4 years old, he was fully aware.

"Although blessed with a sunny disposition, James was succumbing to hysterical fits of rage. He was a different child, and this was so hard to see as a parent.

"We began psychological treatment to help him through anger management. He’s really come to terms with his condition now. He struggles with endurance but, despite the challenges, has grown into an empathetic and brave young man." 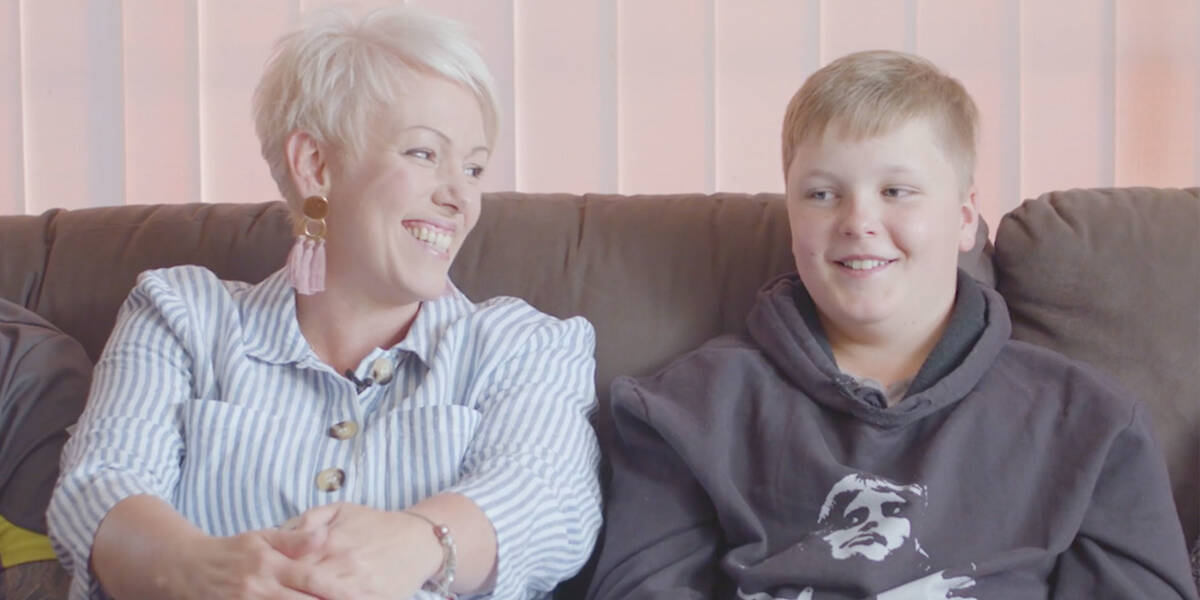 There hasn't really been much time for him to be 'just a regular kid'.

"It’s quite a challenge coming up with a wish! James has always loved dinosaurs, crocodiles, and the outback. Ultimately, he landed on seeing Ayers Rock – that’s where the crocs are!

"We’ve always been scared to take him camping, in case we get stuck far from medical care - so he’s had to make do with camping shows. He goes every year and he’s fallen in love with RVs.

"James' wish is for an outback adventure. We will fly to Alice Springs and pick up an RV and travel to Ayers Rock. He’s most excited about the helicopter flight over the rock!" James' wish is a chance for him to have some fun and create lasting memories as he experiences what it's like to be a normal kid.

With more than 700 kids like James currently on a Wish Journey, we need your help to make them happen.