Kellie Webb was 13 and dealing with Hodgkin’s disease when she sat down with Kelly Slater – the greatest professional surfer of all time.

Suddenly the man she had stuck up in poster form all over her bedroom walls was in front of her, looking at her intently with his striking blue eyes.

“He was in the TV show Baywatch for a little bit, and at 13, I thought he was a spunk,” Kellie remembered. “It was a crush. I still think some 30 years later, he is still one of the most handsome men on Earth!” It was a crush. I still think some 30 years later, he is still one of the most handsome men on Earth!

Before Kellie met Kelly, she had received the shocking news that two lumps found on her body were cancerous.

The lowest point for Kellie was when she died on the operating table during surgery to remove one of her lumps.

“I passed on the table, I died in the operation, and the doctors got me back,” she said.

There were other trying moments for Kellie. She lost her hair, a friend she bonded with in the hospital passed suddenly, and the chemo made her sick.

In a better memory, she recalls fondly two nurses at the Geelong hospital.

“One of the nurses, Joy, would sing whenever I vomited to make me feel better,” Kellie said. “She was such a beautiful woman.” I passed on the table, I died in the operation, and the doctors got me back

Face to face with her idol

Kellie had little hesitation in nominating meeting Kelly Slater as her wish.

For the wish, she got a limo from her country Victoria home with her best friend and stepdad, then flew to Sydney.

They met Slater at a beach where he was competing in an event.

“He is a very laidback, grounded person,” Kellie recalled.

“A good person with a good heart. He had all the time in the world for me. There is such a beautiful energy to him.” 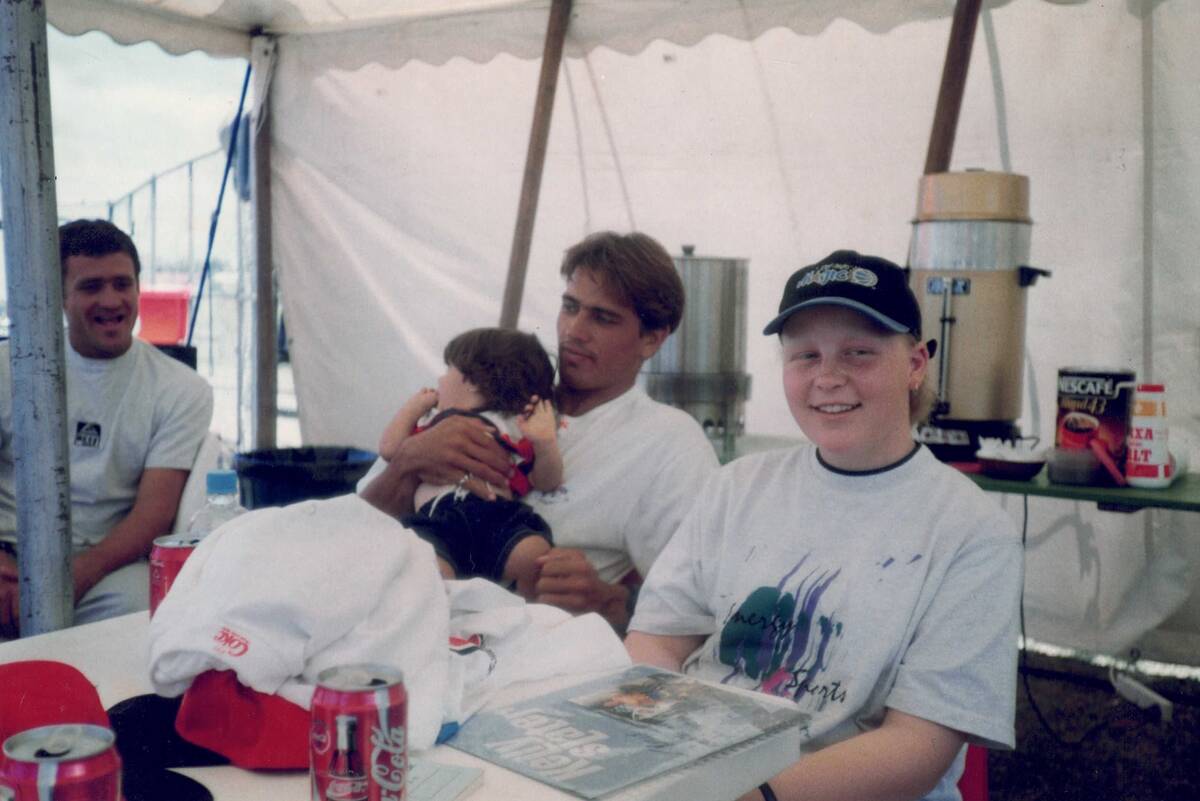 He had all the time in the world for me

'Stoked to be here'

Kellie said meeting her idol gave her a much-needed boost during her treatment. “It just lifted my spirits when I most needed it,” she said.

“Back then, I idolised Kelly Slater. For Make-A-Wish to organise the meeting, it was very humbling.”

In the 30 years since her wish, Kellie has met Slater once more (when she was 20) and had two children of her own.

“Everything I have gone through has allowed me to evolve into who I am today,” Kellie said.

“I beat death twice, the cancer and then in the operating theatre. So I am stoked to be here and enjoying the simple things – the ocean, the water. And to have two amazing kids. It’s the life I wanted to live, and I can never say thank you enough to the health professionals and Make-A-Wish.”