Train will be in Cruz control

Cruz has derailed leukaemia, now he wants to live out his wish of going on an overnight train trip. This is his story.

Across Australia right now many families are still adjusting to life, interrupted. However, 5-year-old Cruz's parents say they have seen it all before.

Cruz was just 16 months old when he got a fever and was ultimately diagnosed with acute lymphoblastic leukaemia.

The diagnosis shocked Cruz's mum Kelly: "I didn't believe it at first, and said to my husband Sam, 'I don't think so'. The doctor said 'yes, it is'," she said.

Kelly said the first 11 months of chemotherapy were the most intense. "We spent six weeks in hospital to begin with, and he was very sick,” she said.

"We say to each other now (about the COVID-19 situation happening) - that's what we did then; we quarantined ourselves for 11 months.

"No one came into our house, and if they did, they had to disinfect their hands. Any sort of bug would lead to Cruz in hospital for a week or two weeks." Wish mum Kelly said learning about leukaemia was like learning a new language. A range of medical terms and medicine names quickly became part of their vocabulary.

For Kelly, the most painful memories will always be hearing Cruz in tears during treatment, saying "Mummy, make it stop".

"The hardest part about watching your child be so sick is not being able to do anything," she said.

"It's the most helpless feeling you could imagine. You are powerless.

"All the things you thought were important, you realise aren't. The only way you get through it is by putting one foot in front of the other."

Cruz's treatment lasted three and a half years, ending in late 2018. He rang the bell in his hospital - as is the joyous custom for children ‘cleared' of cancer.

"We didn't realise how much he understood (the significance of) ringing the bell, but he got it," Kelly said.

"But after he rang the bell, I just cried my heart out." 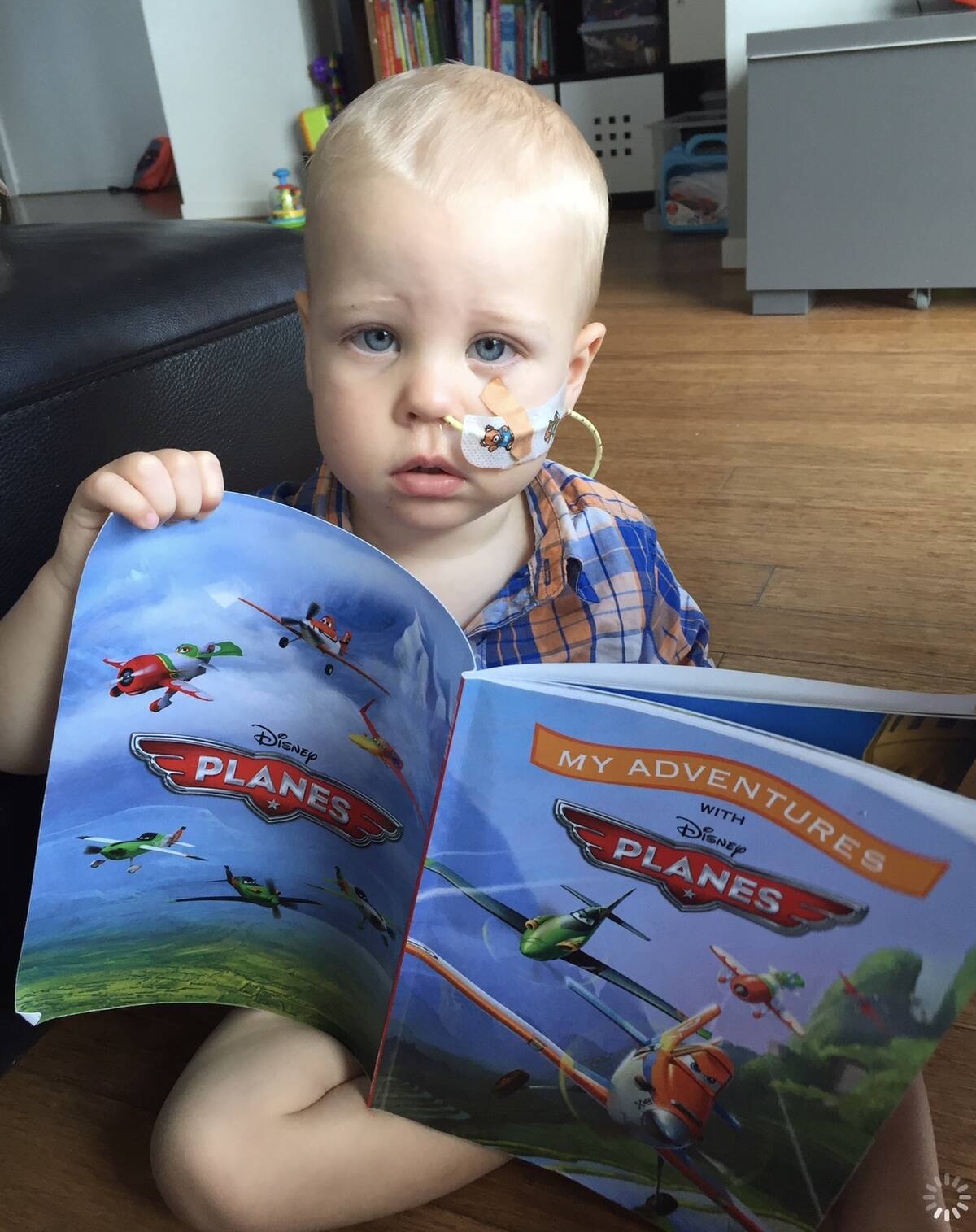 To eat and sleep on a big train!

There are so many ways you can help seriously ill kids like Cruz experience a wish.

During his days in hospital, Cruz would often sit in bed and play with his little planes and trains. So when the time came for him to choose his wish, he knew what he wanted straight away.

Kelly said: "All he wants to do when he grows up is be a train driver and a pilot (or a 'plane driver' as he calls it).

"He was very specific - he wanted to catch a plane, and he wanted to sleep overnight on a train and serve the food. He's really definite about that."

Kelly said Cruz has always loved going out with his dad and spotting planes in the sky; while the train fascination was probably just similar to a lot of kids his age.

"When he was at home with me while he was sick, about three years old - we would catch the train in the middle of the day, two stops and then back," she said.

"It was the absolute thrill of his life at that point." 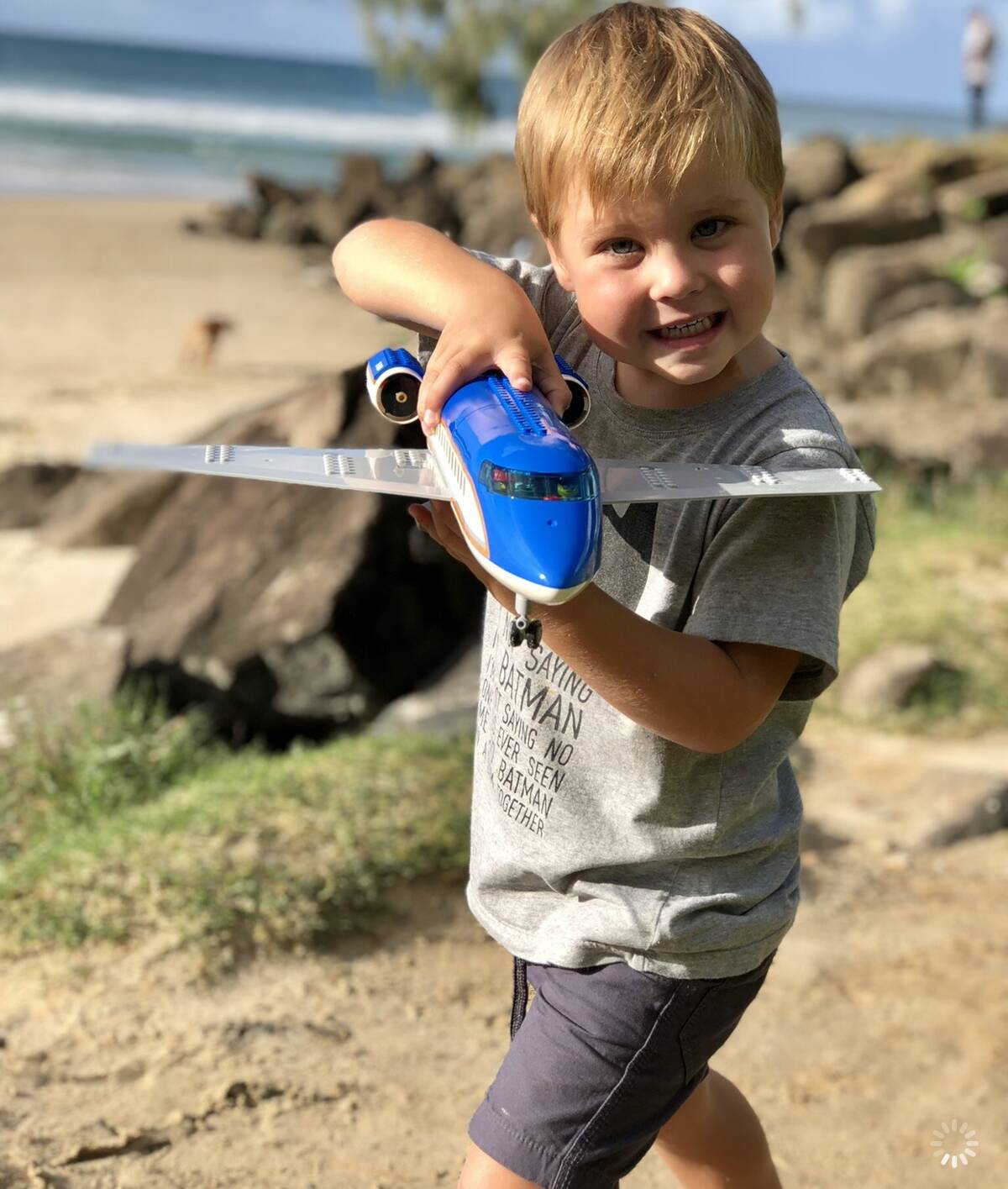 Wish will 'blow his mind'

Kelly said she was impressed with how Make-A-Wish had been able to turn "a couple of sentences Cruz said" into a wish that is such a perfect fit for him.

Unfortunately, Cruz's wish is one of many wishes currently on hold due to COVID-19. Kelly said while Cruz and his big sister Lucy were clearly disappointed, they also understood the postponement.

"We would much rather be safe than sorry, so it was completely understandable," Kelly said.

"The kids also understand about hospitals and sick people a bit more than others; it's not hard to explain about a virus. Cruz could tell you all about germs, blood cells, and what platelets do."

To help Cruz get started on his Wish Journey, he recently got a taste of his future wish experience with a ride on the old Melbourne 'Red Rattler' train. "It's something that is always on his mind," she said.

"I think for us, it's what helps you get through some of the darker moments, when you think 'oh my God, I can't see the light'.

"It's something really cool to look forward to, and it'll make him smile and happy."

We have just been really impressed in the way you have been able to turn a couple of sentences he said into something that is such a good fit for him.