Adam is the army's newest recruit

Not every young boy gets to tell soldiers what to do for the day. But thanks to our friends at Gallipoli Barracks, Adam was able to don a uniform and see what it feels like to be a soldier for a day.

See the news report of Adam's wish, then scroll down to read all about his journey. No soldiers to fight his battle

Soldiers and armies have featured over and over in Adam’s life.

His wish to be a soldier for the day came true this week at Queensland’s Gallipoli Barracks, where Adam donned a uniform and slouch hat and became a warrant officer. Three years ago, as he lay in a hospital bed after being diagnosed with a rare immune disorder, his mum Annette was desperate to help her then 8-year-old understand his predicament. In a moment of inspiration, she remembered Adam’s love for war video games.

“We used military terms to help it make sense to Adam,” Annette said. “I told him his body didn’t have any soldiers to fight the enemies.”

Annette, an occupational therapist, became worried when Adam constantly got infections in Grade 3. Doctors kept telling her he was just getting viruses.

But when blood tests showed abnormalities, Annette immediately thought of her brother, who had an undiagnosed immune deficiency.

Adam was eventually diagnosed with Hyper IgM syndromes, a group of rare disorders in which the immune system does not function properly. 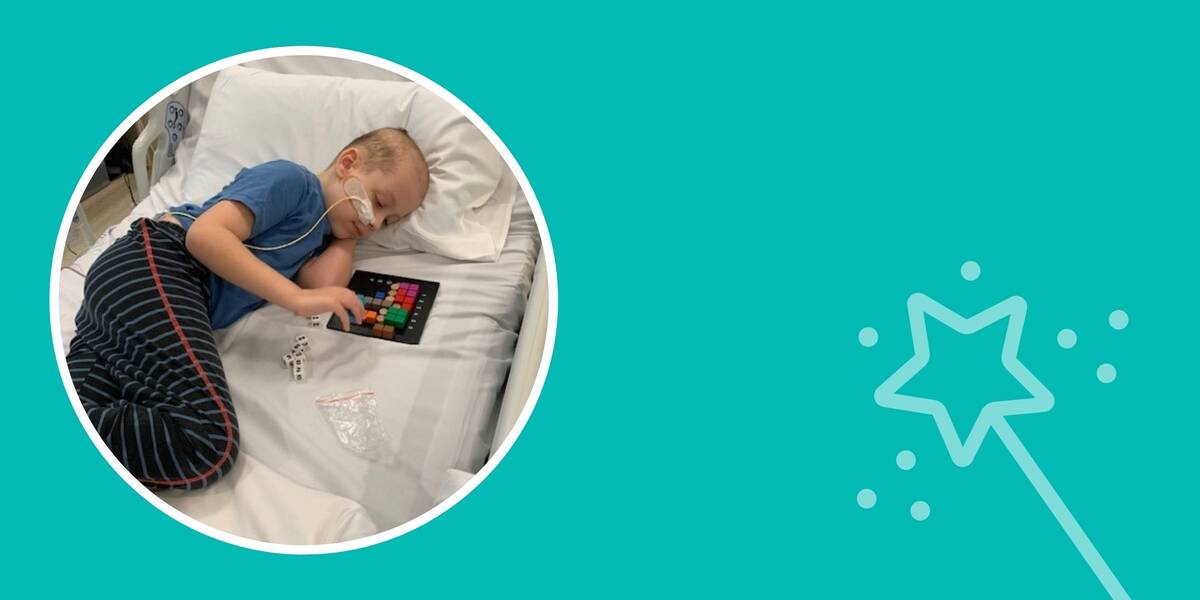 While almost immediately he was admitted to hospital for antibody replacements, a difficult decision loomed for Adam’s parents Annette and Robert.

“The immunologist said you can go one of two ways,” Annette said.

“You can keep going with conservative treatments, or you can have a bone marrow transplant, and that will cure it – but there are huge risks, and one of the complications is death.

“I found it challenging because no one wants to put their kid through a bone marrow transplant knowing there’s a 5 per cent risk of death …. but I thought I really wanted to give him the chance to be a normal kid so we bit the bullet.”

While 2019 will always be remembered as a year of injections, blood transfusions and sickness from chemotherapy, it was also the year where hope in the form of Make-A-Wish entered Adam’s life.

The seeds of hope were planted by a nurse who mentioned to Adam that he should apply for a wish from Make-A-Wish.

“She told him about some of the other wishes kids had received,” Annette said. “That alone, hearing about other wishes, got him through some tough times.

“I think that was important and I thank the nurse for planting that seed. Soon after, we thought, let’s absolutely apply for a wish for Adam.”

Community rallies to make a wish

Adam’s wish began to take shape with the help of Make-A-Wish volunteers including David and Stephanie from the Brisbane City South Branch.

After some guidance from the volunteers, Adam decided to build on his love of video games such as Fortnite and Minecraft and wish to be a soldier for the day.

“I really want to thank the volunteers,” Annette said. “They have a way of getting the kids to think about what they truly want. They were amazing how they made Adam feel so special, and they captured the idea so superbly, really understanding him as a person.” 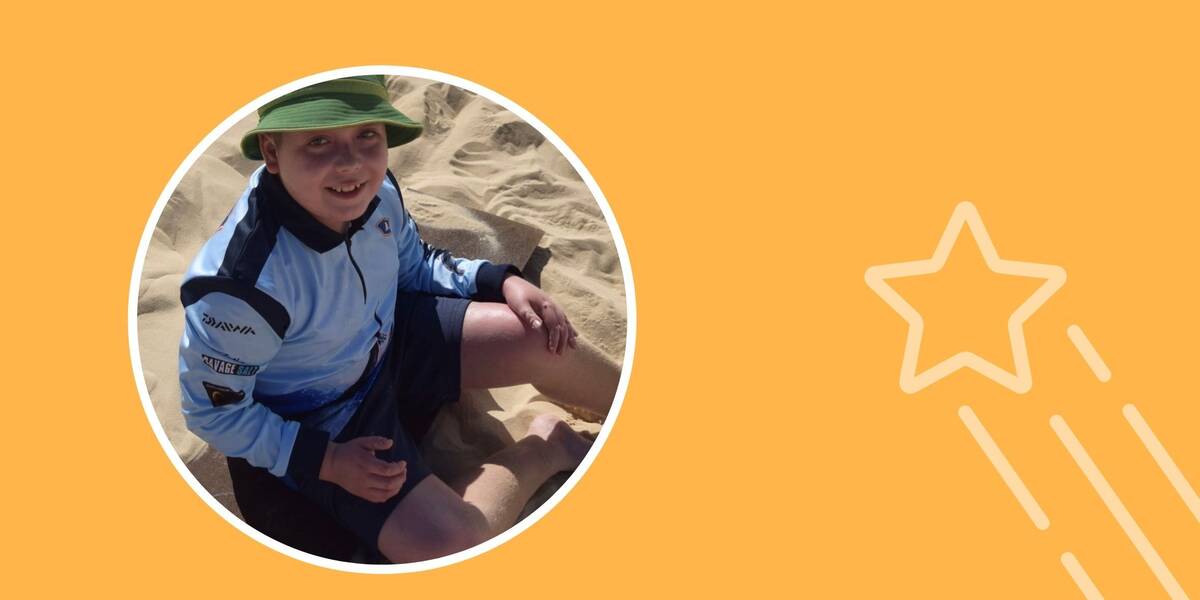 “Right from the start, we were honoured to be part of Adam’s wish to be a soldier for a day,” he said.

A wish day involving Adam going in a helicopter, a tank and searching for landmines was confirmed, leaving Make-A-Wish Creative Wish Lead Sally Struzinksi to break the good news to Annette.

“I knew they were working on it,” Annette said. “But when I got the phone call from Sally, it was quite emotional. When she said all the things that were part of the day, I got quite teary: they were tears of happiness. And I was so excited to tell Adam later that afternoon.”

Adam’s day at the Gallipoli Barracks involved operating a drone, searching for landmines, riding in a tank and a helicopter, and reviewing a soldiers’ parade.

“For a kid who’s very quiet, he showed a lot of confidence on the day,” Annette said. “He was quite assertive. He got into the role of warrant office pretty quickly and was happy to take command and tell the troops what to do in a nice way. 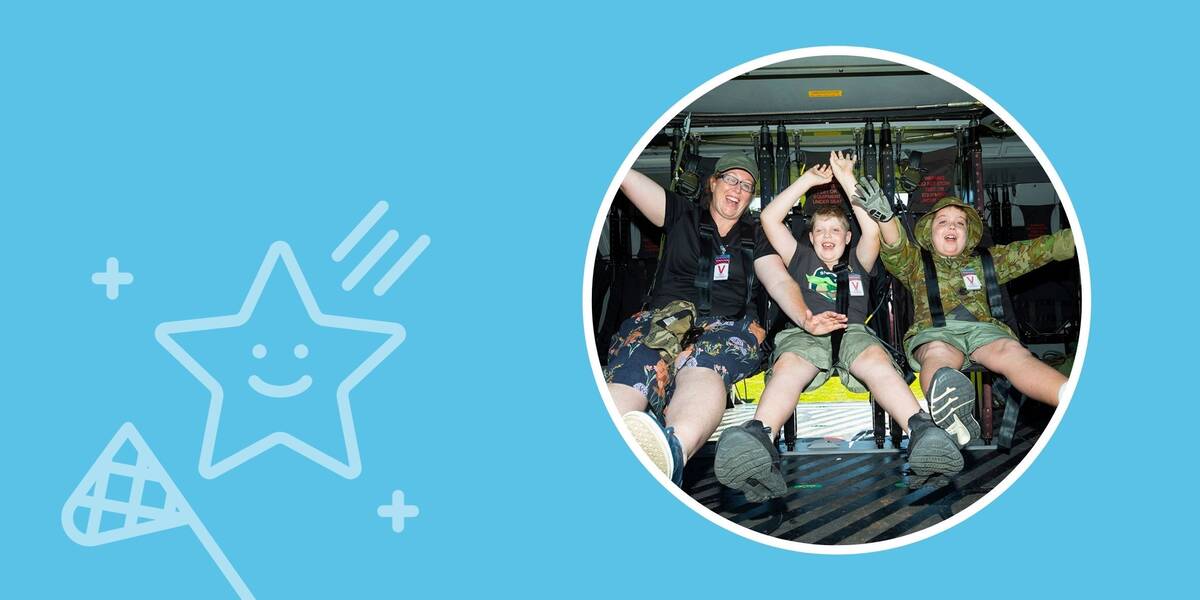 Adam was fascinated by the search for landmines and loved the extensive barracks tour from inside a tank.

The 11-year-old was impressed by the chopper pilots and how loud the helicopter was.

“The wish exceeded all of our expectations,” Annette said. “The breadth of what they went to was beyond Adam’s expectations as well as mine and his dad’s. The army put in a lot of effort, which we were touched by.”

Adam relived the wish a few days later when he talked about it for ‘Show and Tell’ at school.

“He wore his army jacket and slouch hat to school, along with the badges they gave him,” Annette said. “He was saying to his school mates ‘this badge means something, I am a warrant officer, and they have to salute me’. He was really proud of the fact he was a senior soldier.”

Annette said Adam’s wish had come at a good time, as he was still navigating life post his bone marrow transplant.

“He’s got a lot of niggling ongoing things that frustrate and annoy him,” she said.

“He’s still on this path which ideally he wouldn’t have to be, so he was in this ‘why me?’ phase. But the wish has shifted his focus and lifted his mood and spirits.” 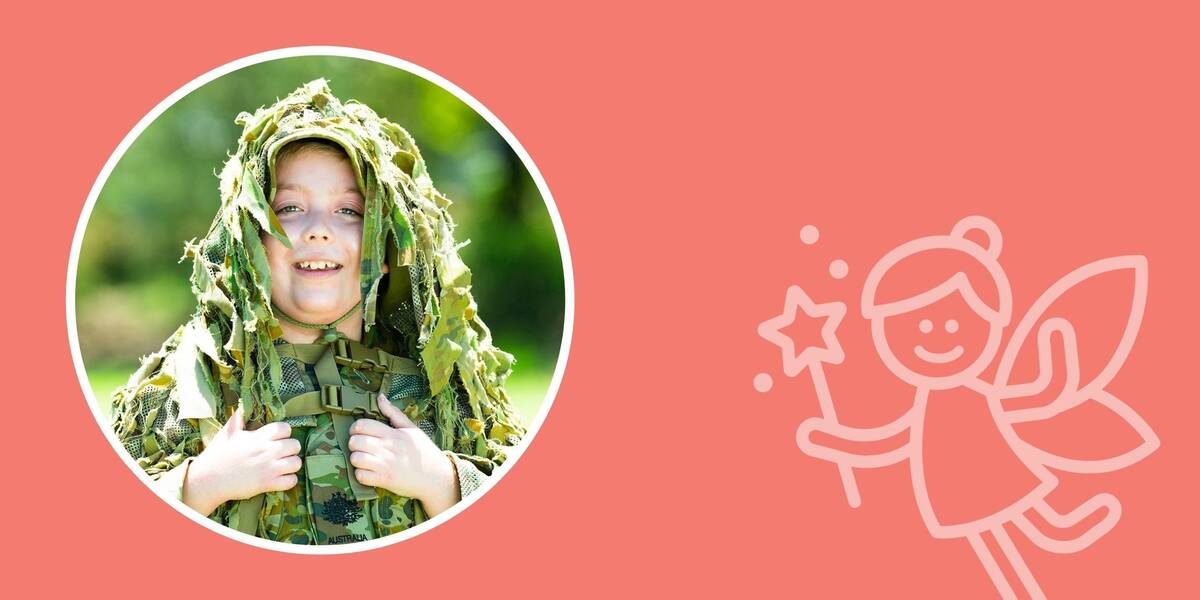 Annette said the wish was life-changing, creating memories to override some painful ones from his medical journey.

“You can actually not let the horrible memories stay in the front of your mind; the focus can shift,” she said. “We can talk about the wish now; he’s no longer just the kid who’s been constantly sick and in hospital.”

Annette said she had been stopped by work colleagues who had seen Adam’s wish on TV news.

“They have approached me and asked me ‘what did that mean to you?’ and I said, ‘it’s huge, it means so much. Make-A-Wish is an awesome charity to be able to give kids experiences that they will never forget’.”

We can talk about the wish now; he’s no longer just the kid who’s been constantly sick and in hospital